Write a short review of the book by Steve Moss The World's Shortest Stories of Love and Death (1999) for a school English-language magazine.

The science fiction writer, Frederic Brown, is credited to write the shortest story in the world in 1948, which he called Knock. The story was this: The last man on Earth sat alone in a room. There was a knock on the door. The story paved the way to a new fashion of writing very short stories … (continue your review on your answer sheet)

Information about the book:

3. One or more characters;

Samples from the book:

The street lights were a warm welcome from the oncoming chill of darkness.
The park bench’s curvature felt familiar under his tired old spine.
The wool blanket from the Salvation Army was comfortable around his shoulders and the pair of shoes he’d found in the dumpster today fit perfectly.
God, he thought, isn’t life grand.

“College was a breeze,’’ Jennings said, washing his grimy hands. “With all those budget cuts, they couldn’t teach much. They just gave us our grades and sent us on our way.’’

A nurse opened the door.

In the Garden (Hope A. Torres)

Standing there in the garden, she saw him running toward her.
“Tina! My flower! The love of my life!’’
He’d said it at last.
“Oh, Tom!’’
“Tina, my flower!’’
“Oh, Tom! I love you, too!’’
Tom reached her, knelt down, and quickly pushed her aside.
“My flower! You were standing on my prize-winning rose!’’

Finally, in this remote village, his quest ended.
There, by the fire, sat Truth.
Never had he seen an older, uglier woman.
“Are you truth?’’
The wizened, wrinkled hag nodded.
“What message can I take from you to the world?’’ he pleaded.
She replied, spitting into the fire, “Tell them I am young and beautiful.’’

The science fiction writer, Frederic Brown, is credited to write the shortest story in the world in 1948, which he called "Knock." The story was this: "The last man on Earth sat alone in a room. There was a knock on the door." The story paved the way to a new fashion of writing very short stories, which are still as impressive as much longer ones.

In fact, this fashion has been thriving since then. Many a talented author have been taking part in 55 FICTION, a competition held by the American NEW TIMES magazine, for 32 years already. In 1999 Steve Moss, the competition founder, published a series of the best stories in the book called THE WORLD’S SHORTEST STORIES OF LOVE AND DEATH.

All the stories collected are completely different. They all have their own characters, a setting, a conflict and its resolution within just 55 or less words. The only thing they have in common is the wit, humour and sheer ingenuity, with which they are permeated. The stories vary widely from one to another. In comparison, while some of them, for example, "Gratitude" by Andrew E. Hunt, definitely provide some food for thought, others such as Hope A. Torres’ "In the Garden" are bound to cheer a reader up. Moreover, each story is written in a unique manner since they all have different authors.

To make your reading experience even better, there are several recommendations. Firstly, you can read one story a day so that the book will not be finished in a matter of hours. Secondly, it is always great to find a person to read together and discuss each story. Finally, you might even try yourself in 55 FICTION as the competition has never stopped running and is held annually up to now. All in all, I hope you will love this brilliant book as much as I do. If you are looking for a new favourite book, look no further - here it is. 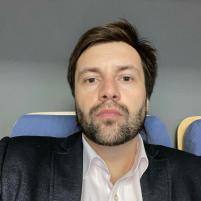